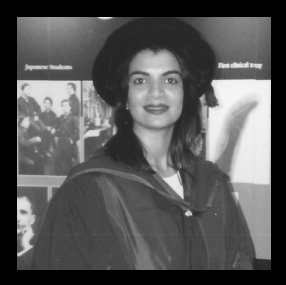 Princess Dr. Nisreen El-Hashemite is an internationally recognized the First Royal Princess medical doctor and scientist and winner of awards and Honorary Doctorates in the fields of science, art, literature, and humanitarian affairs. Her medical and scientific career started in 1995 at University of London hospitals and Institutes and then after at Brigham and Women’s Hospital - Harvard Medical School. She published several scientific papers as original investigations, more than 30 social studies and is the author of eight books, and is eloquent orator who captures the respect and hearts of people.

In 2007, Dr El-Hashemite accepted the Royal Academy of Science International Trust (RASIT) offer to become its Executive Director, and thus left her scientific career, to which she was very committed, at Harvard Medical School, to devote time to serving Science Technology and Medicine Education and Research as well as sustainable development programs worldwide.

Nisreen’s humanitarian work started from the age of 14, when her mother El-Sharifa Fatima El-Hashemite, involved her to help and support underprivileged children. All through the years, she worked to support elderly and disabled people, widows and orphanages, and refugees.

She increasingly found time to raise public awareness on genetic disorders, its causes and prevention programs as well as the Islamic opinion in preventive procedures, through the audio, visual or written Media, and public seminars. As the Founder President of Jeans 4 Genes International, she also raised funds to support training programs and research in many countries worldwide.

El-Hashemite also worked closely with the United Nations and its entities on the issue of women’s health and achieving the Millennium Development Goals, and emphasized the importance of scientific research and non-profit making organizations’ efforts in identifying disorders that affect Women only, improving women’s life, and supporting research to identify early detection and treatment.

Based on her collective data over the period of 10 years of research and studies on sex- (i.e. biological) and gender- (i.e. socio-economic) differences in illness and health, as well as social- and political- issues concerning women and girls health programs in the World; Princess Dr El-Hashemite established the World Women’s Health and Development Forum as a Center of Excellence aims to providing international leadership and coordination to promote and improve the health of women and girls through policy, education, and model programs.

Robert Sapolsky - The Biology of Humans at Our Best and Worst / En İyi ve En Kötü Halimizle İnsan Biyolojisi
May 20, 2020
More
ROBERT SAPOLSKY
Why are we a storytelling species?
Apr 6, 2020 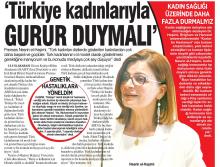 Robert Sapolsky - The Biology of Humans at Our Best and Worst / En İyi ve En Kötü Halimizle İnsan Biyolojisi
ROBERT SAPOLSKY
Why are we a storytelling species?